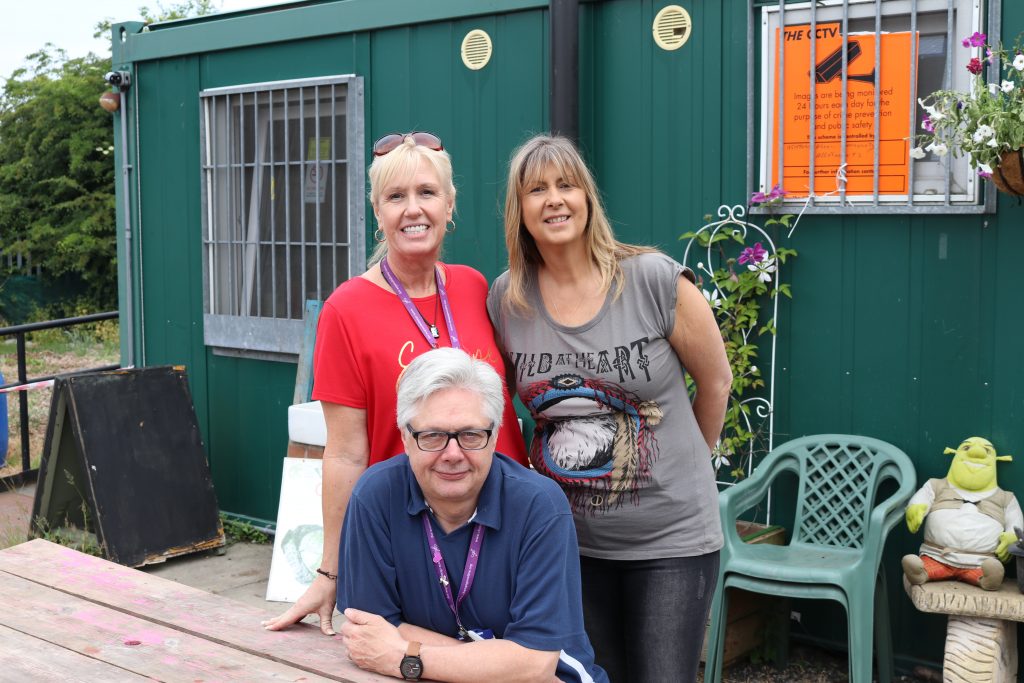 Yet another glorious summer day as Hannah Petrie visits a group that forms part of the Nature4Health success story thanks to Big Lottery funding.

‘Today I’m at Ashton’s Green Community Allotments in Parr, St Helen’s.   Here, as part of our Nature4Health programme, the Mersey Forest is working in partnership with Change, Grow, Live (CGL) St Helen’s on a course all about planting, growing and making organic produce.

The people attending the group have a range of social needs including social anxiety and depression.  Many are in recovery from substance misuse.

Some people are new to the group today, others are regulars and many are returning to support new people in peer-to-peer sessions.   There’s a friendly welcome for everyone in the classroom.

Soon after bacon butties and numerous cups of tea have been consumed Alec begins his regular task of breaking up pallets for the upcycling scheme CGL runs as a social enterprise. “I find it really satisfying!”, he says, as he gets to work on with his hammer and crowbar, carefully breaking the wood apart.

The pallets are recycled into garden furniture designed by the group with many pieces having already been sold to local businesses, supporting another of the group’s aim of increased community interaction.

The atmosphere is relaxed and supportive as volunteer co-ordinator Mandy chats away to volunteers working in the kitchen with her, whilst project worker Shirley introduces me with visible pride to Linda and urges me to hear her story.

Linda is in recovery from a dependency on alcohol.  She tells me: “I have a lot of alcoholics who have died in my family.  I’ve lost a lot of people.  I became dependent on alcohol because of my mental health, I had problems with anxiety and depression.  So, one day I just thought ‘enough’s enough’.   I had a key worker and went to numerous groups, tried counselling and Cognitive Behavioural Therapy.  I did go back to drinking after a while, but then I went back to trying the group sessions and eventually I heard about the allotments.

I loved the thought of being in the outdoors because I used to want to be a gardener… I gradually built up to having more contacts with others.  I found it really hard to talk about my story because I was scared of being judged. I would only talk to people if I absolutely had to I didn’t trust anybody and my confidence and self-esteem were at rock bottom.  So, I started coming here every week. I just kept pushing myself and gradually started opening up to people.  I’ve been coming for about a year now and I’ve gone from being really within myself to talking to everybody, seeing how they are (rather than just talking about me!) so I can see how I can help them.”

Linda (or Lin as everyone here knows her here), is now studying Health and Social Care as well as an IT course.  She admits it can be hard for the people running the courses as:  “Us addicts are not very reliable!” she laughs. “We can be a bit chaotic and so trying to get someone to turn up to a group every single week is very hard as there is always something else going on in their lives.

I’ve found coming to the allotment gives routine and structure to my life where I previously had none.  I would just sit there with the curtains closed not wanting to speak to anybody, just drinking.  That was my life.”

A deeply inspiring story and not the one I was expecting to hear when Linda began to talk to me.  This project is changing peoples’ lives as we speak.  It’s a testament to the power of horticultural therapy as a key aspect of Nature4Health, as well as to the bravery and determination of participants like Linda’. 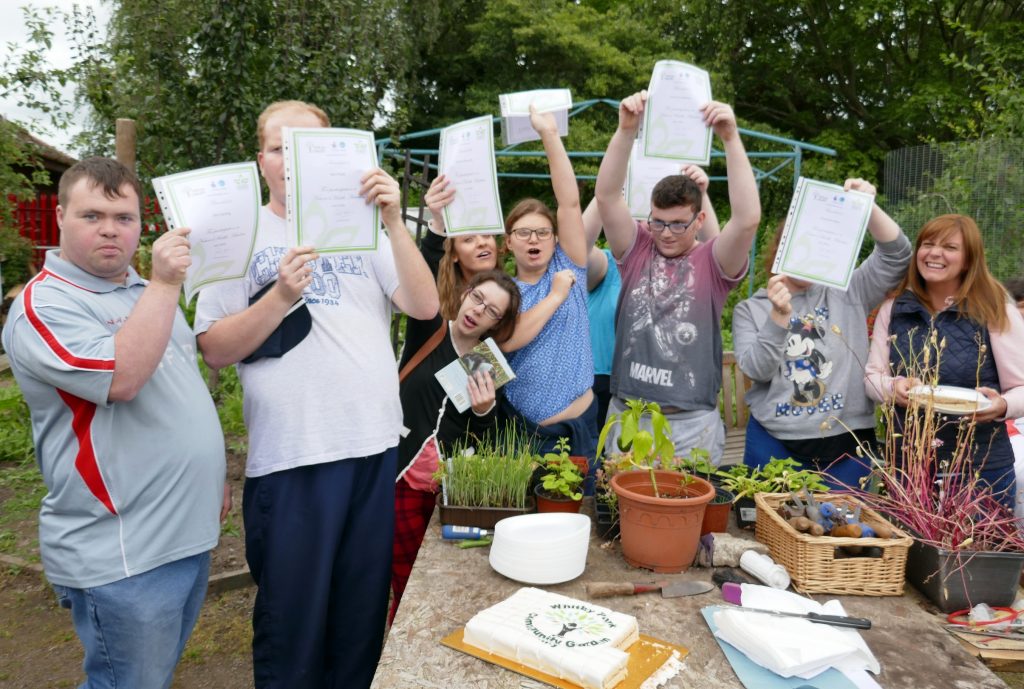 Suzanne had the enviable task of presenting the wonderful participants from the Community Garden at Whitby Park, Ellesmere Port with their certificates. Working with 1st Enable, the young adults have just completed 12 weeks of gardening and had a ‘fantastic time.’ They even managed to rustle up a Nature4Health cake for their celebrations. 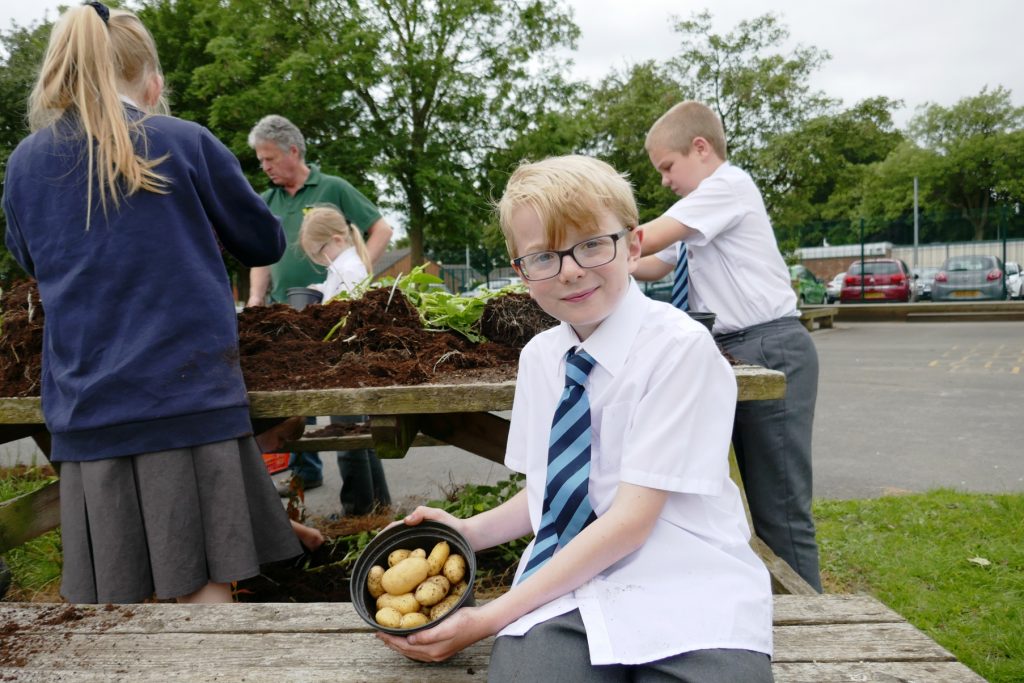 Regular brisk walking reduces the risk of heart disease by 9.3%.